Past exhibition
Plan your visit
This exhibition of highlights of the Bruce Museum’s acquired in the last fifteen years, either through gifts or purchases. The exhibition offers an opportunity to stress once again that, while all of these works were acquired with private funds or donated privately, they are the collective property of the citizens of Greenwich. This is worth reiterating because we stand poised on the edge of a new chapter in the history of the Bruce Museum which will bring a major expansion to the institution and greatly enhance this unique cultural asset in Greenwich. It also attests to the fact that we have been actively preparing in the 21st century for the advent of permanent galleries of art, which will for the first time enable us to teach the history of art and better fulfill our mission as an educational institution.

Creating a “good collection well arranged,” as the anonymous author of The Nation article suggests, is a time-honored endeavor in the pursuit of connoisseurship. Collecting as a cultural interest gained popularity in the nineteenth century when national and regional museums, mostly in Europe and the United States, were established to preserve and display treasures of human skill and creativity across time. The study of art history as a discipline also emerged in the 1800s, which combined an investigation of the biographical lives of artists and an analysis of the stylistic characteristics of their works. Canvas and Cast: Highlights from the Bruce Museum’s Art Collection celebrates the Museum’s developing collection through the works of forty-four artists and forty-five objects (thirty-eight paintings and seven sculptures) and offers some reflections on particular examples that are representative of significant moments in the history of art from the sixteenth to the twentieth century.

For over a century, the collection at the Bruce Museum has been steadily developed and meticulously arranged through donations and purchases after Robert Moffat Bruce bequeathed his home, along with a few portraits and a giant clam shell, to the Town of Greenwich in 1908.1 Bruce stated in the Deed of Trust that he intended his “dwelling house…be used as a Natural History, Historical, and Art Museum, for the use and benefit of the public.”2 Four years later, Elias C. Benedict, chairman of the Bruce Museum, published advertisements in the local newspapers requesting information about possible “exhibits that may be contributed by residents of Greenwich and vicinity” to the museum. In response to Benedict’s plea, the Greenwich Society of Artists offered to collaborate with the museum by hosting an exhibition of their members’ works.

Portrait of a Gentleman is notable for its strong use of the tondo format and sensitive play of light on the face. The refined technique with detailed handling of the ear and the boldly emphatic introduction of the unifying white ruff attest to authorship by a master of realistic portraiture. Though the artist is unknown, portraits of this quality and invention hold their place alongside notable Dutch and Flemish artists, including Cornelis Ketel (1548-1616), Adriaen Thomasz. Key (c. 1544-after 1589), and Jan van Ravesteyn (c. 1572-1657). 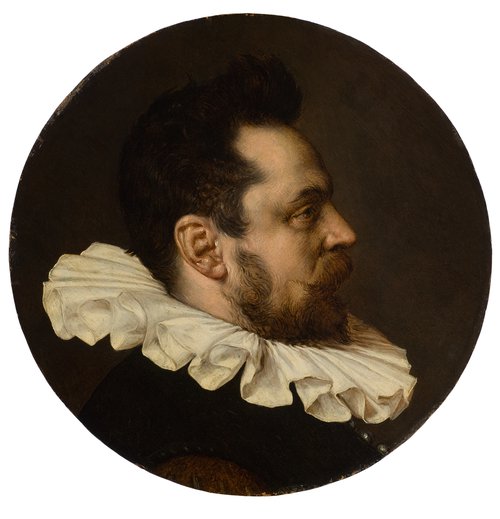 Though the artist of Portrait of a Young Girl Wearing a Bonnet is unknown, the image may have been created by one of the many itinerant, frequently anonymous painters traveling through the American Northeast in search of commissions. Portraits from this period are commonly composed with mathematical precision and offer an idealized light source, conveying an equivalent level of detail in all areas of the canvas. The young girl’s elegant posture, paired with her dress and gold bracelet, identifies her as a member of a well-to-do family, while her modest gaze and sweet smile point to the demure standards of comportment of the age. 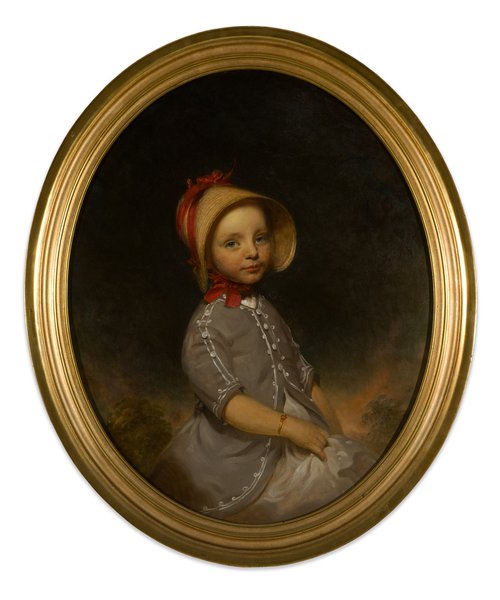 Beginning in 1838, Pierre Jules Mêne regularly exhibited sculptures of animals at the Salon in Paris. Single or paired cows, dogs, deer, and horses were frequently depicted with great anatomical precision. The underlying tenderness of Mare Playing with a Dog suggests Mêne’s familiarity with notable paintings representing the majestic and expressive features of animals by Rosa Bonheur (1822-1899) and Eugène Delacroix (1798-1863) in France and Edwin Landseer (1802-1873) in Great Britain. An artist with a keen sense of business, Mêne established his own foundry and formed a partnership with his son-in-law, the noted animalier, Auguste-Nicolas Caïn (1822-1894). Together, they produced a widely-distributed catalogue of animal sculptures that could be ordered and purchased directly from the studio. 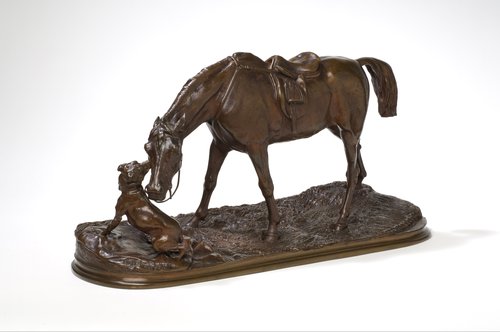 Though born in America and considered an American sculptor, Hiram Powers moved to Italy in 1837 at the age of thirty-two. While there, Powers turned to idealized subjects and narratives from religion, history, literature, or mythology. For his portrait bust of Proserpine, Powers relied on the Roman mythological tale of Proserpine’s abduction by Pluto, King of the Underworld, who would not let her return to the land of the living except for six months out of every year. During her annual time of captivity, the earth turns dry and cold, warming again only in preparation for Proserpine’s return in the spring. To communicate this vernal cycle, Powers depicts Proserpine emerging from a basket laden with acanthus leaves. Between 1844 and 1874, Powers’ studio produced over one-hundred replicas of Proserpine. In 1849, unable to keep up with the demand, Powers simplified his design, replacing the acanthus-filled basket with a beaded base. 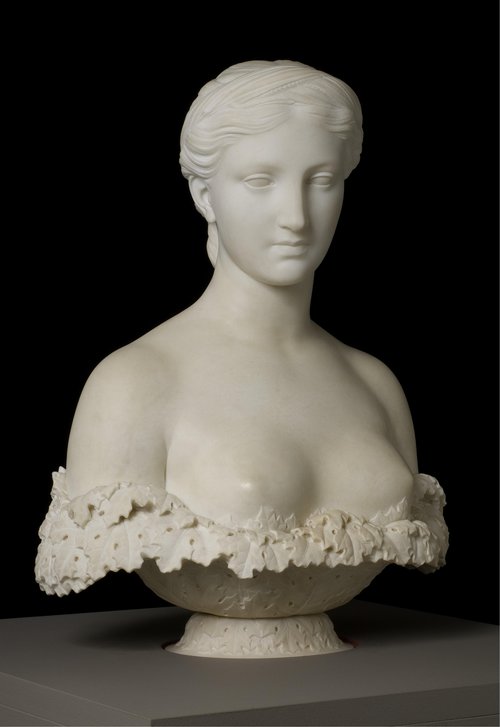 Where Science is Alive and Art Inspires

Our history, our people and more